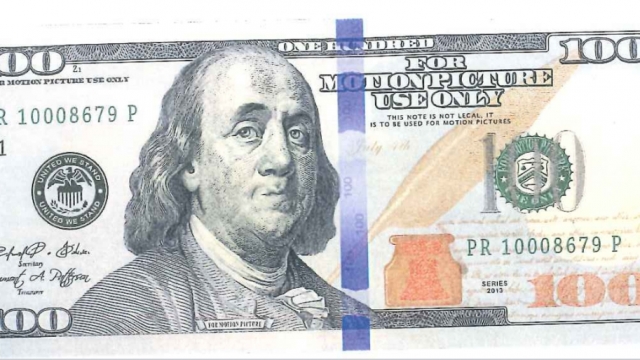 Police in Georgia believe this man and woman used prop money created for TV and movies to make a huge purchase at a Walmart.

The woman reportedly returned one of the purchases at another Walmart store in exchange for real cash.

SEE MORE: 50 Cent Says He Posed With Fake Money To Protect His Brand

Investigators say the cashier who accepted the fake money quit her job.

"She quit her job shortly after being questioned about this transaction," Cpl. Michele Pihera told WAGA.

"So it could have been an inside job?" reporter George Franco asked.

Apparently, the illegal use of prop money is a problem across the nation, even though businesses that make and supply it have to follow strict guidlines.

"What they did is they took real money, and they copied it on a copier. And then they put this (pointing to the phrase 'For Motion Picture Use Only') — this tiny disclaimer that says, 'prop money,' so they say it's legal. It's not," he explained to WXIA.

Rappaport told WAGA none of the fake bills he makes have any elements copied from real cash.

The Atlanta Journal Constitution reports movie prop money was also used in at least one other recent incident in Athens, Georgia.