Could You Survive A Road Trip With This Lip-Syncing Driver? 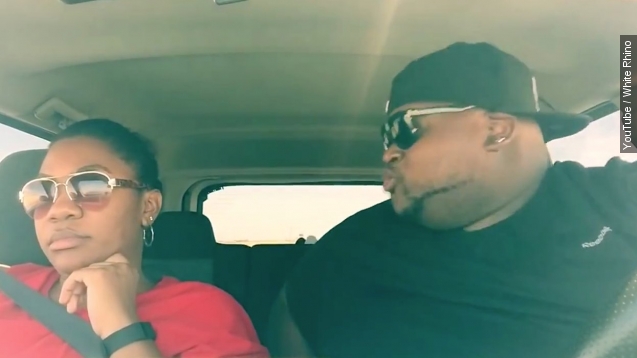 SMS
Could You Survive A Road Trip With This Lip-Syncing Driver?
By Ryan Biek
By Ryan Biek
August 17, 2015
Road trip video shows how unimpressed a woman is by her brother's hours of lip-syncing.
SHOW TRANSCRIPT

"I'll tell you what I want, what I really, really want."

Ashley Anderson looks so thrilled to be in that car, right? She and her brother, Brian, took a seven-hour road trip,  and Brian spent hours of it lip-syncing and dancing along. Video of his "performance" has gone viral.

Of course, brothers are practically made to annoy their sisters, but Brian told KNSD: "We’re extremely close. I'd do anything for that girl."

Ashley seemed less than impressed with the lip-syncing. At one point she even fell asleep. Although we're not sure how she managed that.

Brian did get her to smile at least once though –– or at least the "Friends" theme song did.

"So no one told you life was gonna be this way," Brian lip-synced.

Maybe he should have also added on "Smelly Cat." Phoebe has been known to help crack smiles, too.