Could Republicans Still Dump Trump? Sure, But It'd Be A Hot Mess 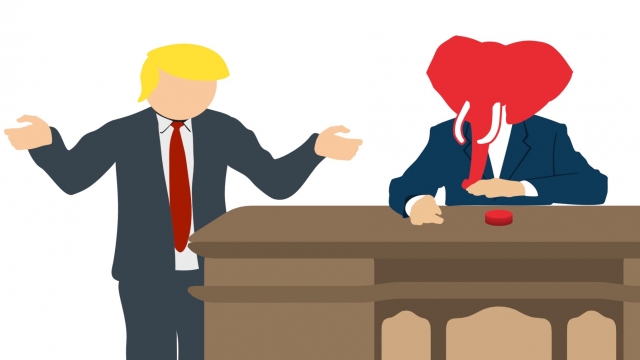 Getting rid of Donald Trump at this point is basically impossible.

But some people keep asking, and a recent poll showed a lot of voters want him out. So we thought we'd answer: Yes, there is actually a way to replace a Republican nominee between now and the general election.

First, the nominee would have to drop out or be incapacitated, or the Republican National Committee could push him out in some way, but, at this point, there's not a specific mechanism for the RNC to even do that.

To be clear: None of those scenarios are likely to happen this time around. But if they did, enter rule No. 9 from the RNC. There are two ways to formally replace a nominee — first the RNC could actually reconvene the thousands of delegates for another convention.

But the other option is much more likely.

And it's all up to the 168 members of the Republican National Committee.

Those members (three from each state, U.S. territory and D.C.) would meet and cast the same number of votes their state got at the actual convention for basically anyone but Trump.

The voting would continue until a winner emerges. Then comes the logistical nightmare of actually replacing the original nominee's name on the ballot in every single state.

Keep in mind the deadlines for ballot names are in August or September in the majority of states. So if he's replaced after that, the GOP would have to go to court in basically every state to get Trump's name replaced.

But what happens if the nominee were to drop out too late for the GOP to get the name change — like a week before the election?

The original nominee's name would still be on the ballot, but the GOP would spread the word that a vote for Trump is actually a vote for whomever the RNC has chosen.

But the problem for the #NeverTrump crew is the longer Trump is the nominee, the more of a hot mess actually getting him off the ballot becomes.

Which is why the chances of somehow getting a new nominee at this point are basically zero.