Could Binge-Watching TV Lead To An Earlier Death? 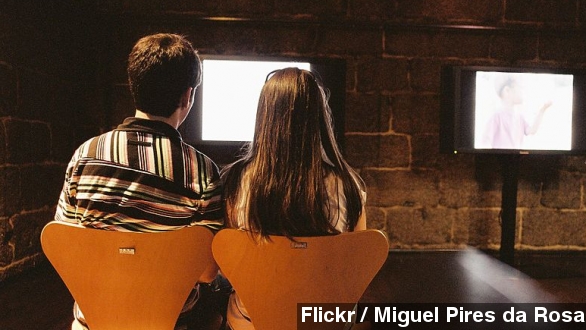 SMS
Could Binge-Watching TV Lead To An Earlier Death?

By Jasmine Bailey
June 26, 2014
Researchers out of Spain conducted a study that suggests watching too much TV increases the risk of early death by 50 percent.
SHOW TRANSCRIPT

So, if you didn't already know — sitting around for hours at a time to, I don't know, binge watch season two of "Orange Is the New Black," isn't exactly good for your health.

I mean, even though you might feel a slight cardio boost at times with all the action and whatnot, a new study shows couch potatoes could be increasing their risk for an early death. (Via Netflix / "Orange is the New Black")

"They believe that too much TV leads to a lifestyle that is not good. People who watch a lot of TV tend to ... eat too much, what they call mindless eating or snacking ... and that obviously leads to extra weight." (Via WTVT)

Yeah, maybe you're not so surprised. After all, studies like this one have been coming out for a while now. (Via BBC, WebMD, Forbes, NPR)

But the head turner in this particular study, conducted in Spain, is the numbers. (Via Wikimedia Commons / LAIntern)

According to the study, sitting for three or more hours a day increases your risk of death from cancer by 21 percent and death from heart disease by 44 percent. All other premature causes of death rose by 55 percent.

Now, those are some pretty serious numbers — even the study's author calls it "a little bit surprising." HealthDay reports the researchers made changes to the study to try to weed out any outliers.

"They wondered, for example, whether people already gravely ill might watch more TV because they weren't physically able to do anything else. So they ran the numbers a second time, excluding the 35 deaths that happened in the first three years of the study, hoping to knock out people who might have been very sick. But the results only got stronger."

Another surprising finding — the researchers didn't find the same connection with other sedentary activities such as sitting at the computer, driving or reading. (Via WGRZ)

Some are skeptical, saying the researchers failed to account for factors such as unemployment, alcohol use and mental health.