Corporations Brought Lobbyists And Lawmakers Together At Conventions 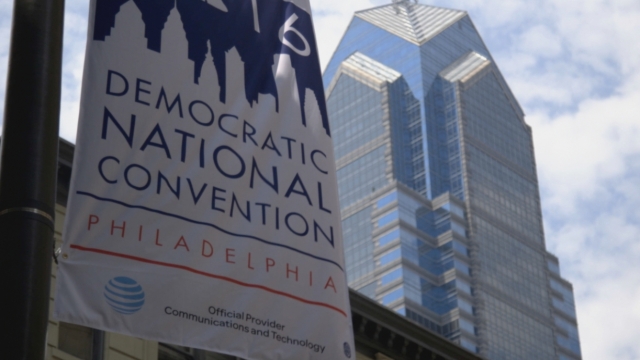 SMS
Corporations Brought Lobbyists And Lawmakers Together At Conventions
By Zach Toombs
By Zach Toombs
August 3, 2016
Away from the arena, corporations sponsor parties and events where lobbyists and business leaders mingle with lawmakers.
SHOW TRANSCRIPT

"This is one big influence peddling soirée," said Craig Holman, who lobbies for Public Citizen on issues of campaign finance reform. "That's what the national nominating conventions have become."

A convention is an opportunity to rub elbows, lobbyists with lawmakers, lawmakers with business leaders. And all of it is happening out from under the eye of campaign finance watchdogs in Washington.

"It's a lot easier to get away with shenanigans when you're hundreds of miles away from the mother ship of Washington, D.C.," said Dave Levinthal, a reporter at the Center for Public Integrity. "Look, everyone that a lobbyist could ever want to see pretty much is here. You think D.C. is hyper-local and hyper-concentrated? Well, multiply that by about 10."

"It used to be decades ago that the nominating conventions were meaningful events where the party delegates would debate over who's going to be nominated; they would fight over the platform," Holman said. "It's no longer that anymore."

And it's no longer funded by taxpayers. This is the first year the conventions have relied almost entirely on private money. Corporations, special interests and individual donors can give unlimited funding to the convention host committees. And they sponsor events that bring lobbyists and lawmakers together.

"The liquor flows freely, the music plays," Holman said. "It's your classic example of wining and dining. That's where it really happens. You should see some of these parties."

We did not get an invite. Cameras aren't typically welcome. But we did get a guest list for a charity golf tournament just outside the Republican National Convention where sponsorships of up to $100,000 bought you some valuable company, including: Sens. Lindsey Graham and Bob Corker, an energy executive, a prominent hedge fund manager, an executive at Fidelity, and Bret Baier of Fox News. The Democratic National Convention hosted the same tournament but with a different political crowd. And like all the other events bringing lawmakers and lobbyists together, they took place away from the cameras and bright lights at the main event.

"Sure, everyone thinks about what goes on on the convention floor, in the convention arena," Levinthal said. "But the real action in a politicking sense, and certainly in a lobbying sense and a campaign money sense, is happening at the parties from sun up to sun down."