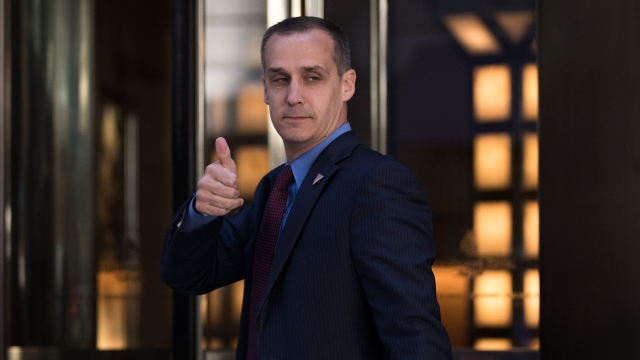 SMS
Corey Lewandowski Goes From Trump's Right-Hand Man To CNN Commentator
By Eugene Daniels
By Eugene Daniels
June 23, 2016
The hire might seem like a bit at first glance, but it's a smart move by CNN.
SHOW TRANSCRIPT

What do you do after being fired as Donald Trump's campaign manager? You move on to CNN as a political commentator, of course; at least, you do if you're Corey Lewandowski.

The Donald's right-hand man was booted from the campaign out of the blue Monday and reportedly hammered out the details of a salaried position at CNN after an almost 30-minute sit-down on the network, where he seemed just as confused as everyone else about being let go from Trump's campaign.

"Why were you fired?" CNN's Dana Bash asked Lewandowski on Monday.

At first glance, the hire might seem strange. Lewandowski has been anything but nice to the media. He became infamous after he grabbed a Breitbart reporter, which resulted in a now-dropped battery charge, and he has been accused of bullying and lying to reporters, including those at CNN.

But, CNN was probably smart to get Lewandowski while the getting was good for one reason: insight into one of the strangest campaigns in history, especially at a time when the structure of the Trump campaign has been called into question.

But there are a couple of snags if anyone's hoping for some Trump dirt splashed across cable television. First of all, even after being fired, Lewandowski had nothing but great things to say about the GOP's presumptive nominee, so his loyalty isn't likely to change anytime soon.

And then there's the issue of a Trump's infamous and pretty broad campaign nondisclosure agreements covering Trump and his entire family. Reportedly everyone from volunteers to the people who make those little hats have had to sign a promise to keep silent. And Lewandowski has already made it clear he's on that list as well.

So far Trump hasn't tweeted about his old employee's new job, but hours after the announcement, he did tweet about how much he really doesn't like CNN. More than once.