Cops Have More Right To Remain Silent Than You Do 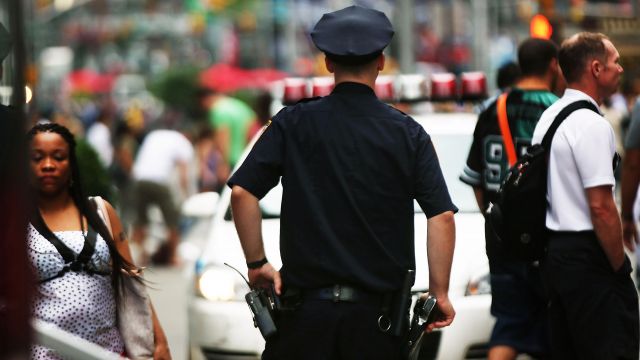 SMS
Cops Have More Right To Remain Silent Than You Do
By Jamal Andress
By Jamal Andress
February 15, 2016
When there's an officer-involved shooting, 19 of the nation's 50 largest PDs give officers waiting periods before they have to answer any questions.
SHOW TRANSCRIPT

With live video everywhere and body cameras being adopted all over the country, police are more and more often being recorded while on the job. That has led to accounts of police being questioned, vindicated and in some cases proven false.

That was the case in Dallas when a police officer gave a false report after shooting a mentally ill man. The officer claimed the man rushed at him with a knife, but a surveillance video proved otherwise.

And while that officer faces criminal charges, if the same incident happened today, things may have gone differently because the officer would have a three-day waiting period before being forced to answer any questions and would also be given access to video of the incident.

"We want to give him the chance to make the accurate statement, give the best information he can of exactly what happened," Dallas Police Association Vice President Frederick Frazier said.

The Dallas Police Department and another 18 of the nation's 50 largest police departments give police a two to three day waiting period before they are required to answer questions concerning an investigation, a luxury that the average citizen does not enjoy.

Police advocacy groups like the Force Science Institute and the International Association of Chiefs of Police are pushing for more departments to adopt this policy.

The founder of the Force Science Institute writes: "It's true that during a delay, some contamination of an officer's memory can possibly occur. ... But the overall benefit of waiting while he or she rests and emotionally decompresses far outweighs any potential loss of memory."

But that two to three day waiting period can be as long as 10 days in some departments, and according to one criminal justice professor, the logic behind this theory isn't so sound.

"There is some very good science, with other people coming along and using that science badly. ... When you're in the middle of an investigation, we absolutely know that the best thing as far as memory is concerned is to get those details as soon as possible."

In 2015, police in the U.S. shot and killed 1,015 people. Out of that group, 18 police officers have been criminally charged. Read more about the full investigation here.

This video includes clips from Palestine Herald-Press and WCPO.