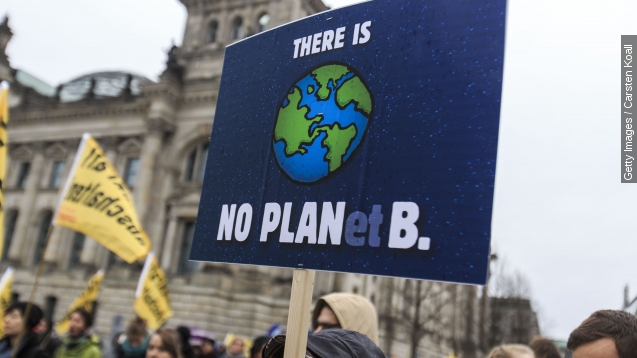 On Saturday, world leaders released the final draft of the climate change accord that aims at bringing nearly every nation on the planet together to battle climate change.

The chief goal of the summit was to develop a plan for capping the increase in average global temperatures to 2 degrees Celsius or 3.6 degrees Fahrenheit. (Video via Al Jazeera)

They aim to accomplish this by greatly cutting back on fossil fuel emissions, though some scientists say fossil fuels need to be completely eliminated between 2050 and 2100 to maintain global temperatures.

Scientists say increasing the temperature by 2 degrees Celsius could kick off a series of droughts, rising sea levels, severe flooding and food and water shortages. (Video via International Geosphere-Biosphere Programme)

And unlike past plans, the French Foreign Minister Laurent Fabius says this agreement will be "legally binding." (Video via France 24)

Developing economies like China and India have been exempt from past climate deals, but this agreement requires every nation to take some kind of action.

Now, the draft goes before the 195 countries at the conference, plus the European Union. If it passes, it's up to individual countries to ratify the document.