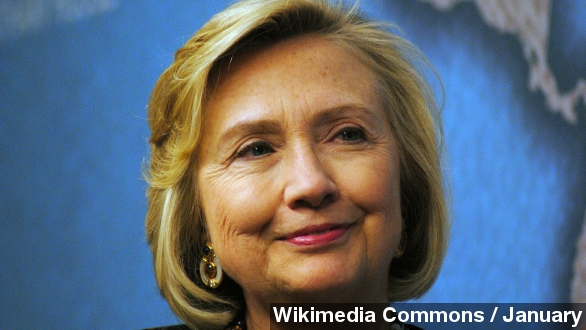 Within hours of the announcement that U.S. forces had captured the mastermind behind 2012's attack on the U.S. consulate in Benghazi, a Fox News panel was already speculating that something fishy was going on.

That individual, of course is Hillary Clinton, who was the U.S. secretary of state at the time of the attacks and is currently in the middle of a tour promoting her book "Hard Choices." (Via U.S. Department of State, Simon & Schuster)

The Fox panel isn't alone. Many prominent conservatives have also chimed in to say the capture was suspiciously timed.

Former Republican Congressman Joe Walsh tweeted, "Glad we nabbed a #Benghazi suspect, but the timing is questionable. Did they let him wander, waiting for the perfect political opportunity?" (Via Twitter / @WalshFreedom)

Another Former Republican congressman, Allen West, also tweeted out his suspicions, "Benghazi suspect conveniently captured to deflect attention from all other nightmares." (Via Twitter / @AllenWest)

West elaborated in his blog saying, "We've known about this fella for almost two years ... so why now?" (Via Allen West)

West is right that the suspect, Ahmed Abu Khattala, hadn't exactly been hiding. The New York Times reports,  "Mr. Abu Khattala sat for repeated interviews with Western journalists and even invited a correspondent for tea in the modest home where he lived openly."

But there's also been a certain amount of diplomatic red tape because the political situation in Libya is still pretty chaotic.

MSNBC producer Steven Benen wrote, "The accused has been the principal suspect for quite a while, but in reality, a previous mission [was] 'postponed because of violent uprisings against the Libyan government.'"

Foreign Policy reports the Obama administration even felt the need to defend Tuesday's raid to the U.N. Security Council, an unusual step for U.S. officials.

Left-leaning sites responded to the conspiracy theories by pretty much just mocking them, with a Salon writer saying, "That the good news of Khattala’s apprehension could be so easily twisted into an outlandish anti-Obama conspiracy does not speak well of the health of the conservative movement." (Via Media Matters for America, ThinkProgress)

And what did Clinton have to say about it? (Via CNN)

"The reason it takes long is to put together cases which is what the FBI and other law enforcement agencies were doing. They have to piece it together just as we started piecing it together on the night of the attack." (Via CNN)

Abu Khatallah will be brought to the U.S. to face charges for his alleged role in the attack that left four Americans dead.