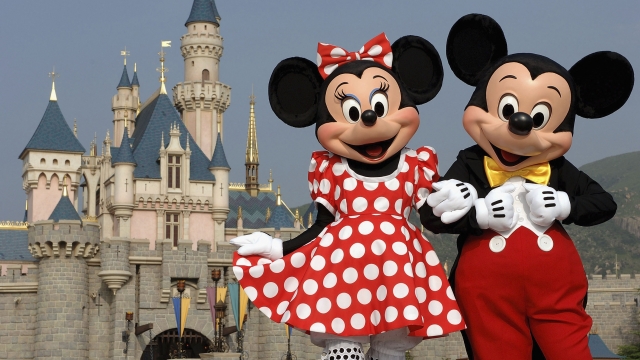 Conservative group Texas Values has accused several companies, including Disney, of "going to war" on Christianity.

The controversial bill would have allowed local businesses to refuse their services to people based on their religious opposition to same-sex marriage.

The statement read, in part, "It's clear that corporate giants like Apple, Disney, NCAA, Intel have finally come out of the closet and declared public war on the religious freedom of clergy and religious schools."

Several companies spoke out against the bill before it was vetoed. Disney even threatened to stop filming in Georgia if it became law.

The statement went on to say, "Will Disney now ban you from wearing a cross outside your shirt at their parks? … This is how extreme the attacks now are on religious freedom."

Disney has yet to respond to Texas Values' comments.

This video includes clips from Disney Parks and Walt Disney Studios Motion Pictures / “Guardians of the Galaxy,” and images from Getty Images and Mark Goebel / CC by 2.0.