Congress Has Returned To Work — And There's A Lot To Do 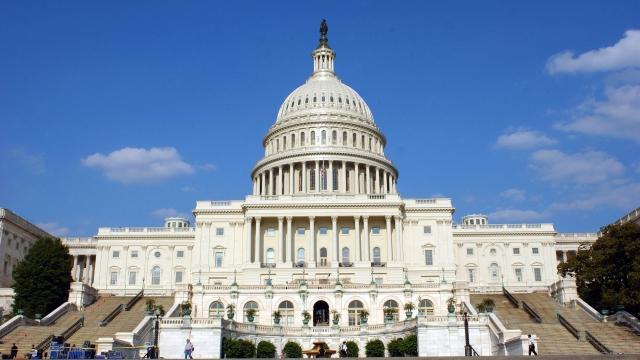 After a nearly two-month recess, members of Congress returned to work Tuesday. And they have a lot to accomplish in a short amount of time.

They have until Sept. 30 to reach an agreement to avoid a government shutdown.

Yes, we've been here before. Multiple times in the past few years, in fact.

"A budget impasse between the White House and congressional Republicans could force the federal government to shut down on Friday," a CNN anchor said in 2011.

"For the first time in 17 years, much of the federal government is shut down," a CBS anchor said in 2013.

"If Congress and the president can't agree on a spending bill, the federal government will shut down this Thursday," a CNBC anchor told viewers in 2015.

This time around, some Republicans seem to disagree with one another on how long to fund the government.

SEE MORE: House Democrats Might Be In Some Trouble When Congress Gets Back

We can also expect a battle over a $1.1 billion bill to fund Zika virus research.

Congress left in July without agreeing how to spend that money. Both Republicans and Democrats blamed one another.

Senate Democrats didn't like language Republicans added to the bill. They said it would prevent organizations like Planned Parenthood from getting funding to provide contraceptives. Republicans wanted to make cuts from other programs to help fund Zika research, which Democrats opposed.

While Congress was on break, officials found mosquitoes in Florida carrying the virus.

There will still likely be a political fight, but there's some hope.

As The Washington Post points out, a shutdown could affect close elections in November — that could be enough motivation to get legislators to agree before the deadline. The Hill reports some conservative Florida legislators are willing to drop the Planned Parenthood portion of the Zika bill to get the funding passed.

Even so, the next few weeks likely won't be drama-free. Politico says some conservatives will pressure Speaker Paul Ryan to hold an impeachment vote for the IRS commissioner.