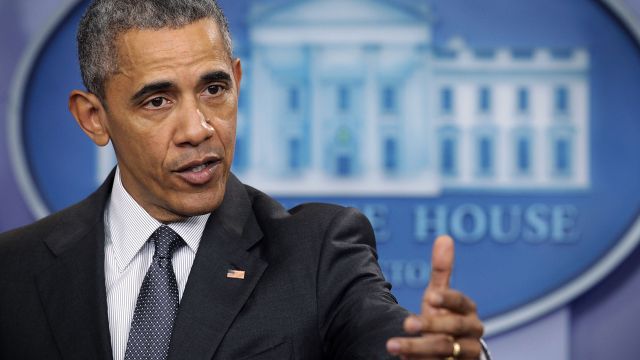 For what it's worth, President Obama has officially vetoed a bill that could land Saudi Arabia in court over the Sept. 11 terrorist attacks.

The bill removes a foreign state's immunity to prosecution if it's involved in terrorism on U.S. soil. The White House claims the bill could do serious damage to U.S.-Saudi relations and encourage lawsuits against the U.S. from around the world.

SEE MORE: Illnesses From 9/11 Debris Could Be Deadlier Than The Attacks

But the administration's arguments have fallen flat in Congress, which has vowed to override the president's veto.

Democratic Sen. Chuck Schumer, a co-sponsor of the bill, said after the veto that "If the Saudis did nothing wrong, they should not fear this legislation. ... The families of the victims of 9/11 deserve their day in court."

This is Obama's 12th veto since taking office, and it's potentially the first time Congress will override one of his vetoes.