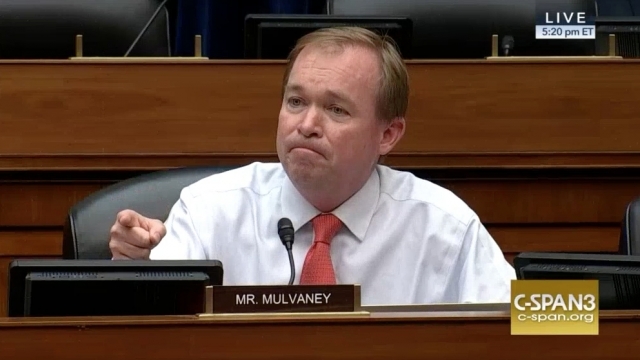 "You get what you deserve," said Rep. Mick Mulvaney of South Carolina.

Mylan CEO Heather Bresch got a tongue-lashing from Congress. Lawmakers grilled Bresch for hours, accusing her company of jacking up the price of EpiPens to make a bigger profit.

Bresch testified that a two-pack of pens costs $608. Mylan's revenue from that pack is $274, and Bresch asserts Mylan's profits are $100 after compensating for the cost to make the pens.

"The same exact thing from the same exact manufacturer costs $100-$150 in Europe. I think you can get it over the counter in Europe for $75. One of the reasons, by the way, is that there's nine different people making the stuff in Europe," said Rep. Mulvaney.

But Rep. Mulvaney's message to the CEO differed from most of his colleagues.

About three years ago, President Obama signed a law that gives states financial benefits for having EpiPens in schools and training employees to use them. And Food Allergy Research and Education reports 11 states have laws requiring schools to stock epinephrine.

"But you came and you asked the government to get in your business. So here we are today," Rep. Mulvaney said.