Congress Calls Out The Military For Its Rosy ISIS Intel 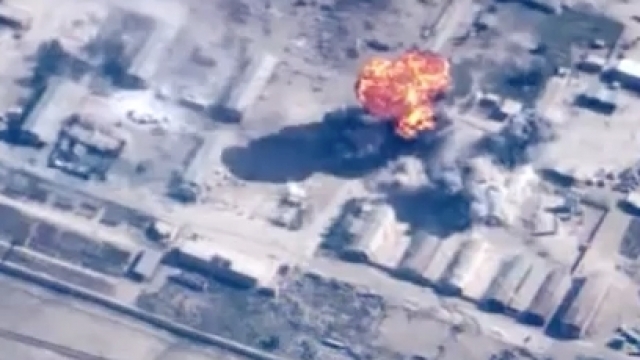 Finally, there's something bringing Democratic and Republican lawmakers together: the manipulation of intelligence reports about ISIS.

Rep. Mike Pompeo, a leader of the Republicans' investigation, said this information manipulation "may well have resulted in putting American troops at risk as policymakers relied on this intelligence when formulating policy and allocating resources for the fight." The blame was placed all the way at the very top of CENTCOM's pecking order — just without naming names.

This basically calls into question just how much of a success the U.S.-led bombing campaign against ISIS has been, at least when it comes to the CENTCOM version of events. But the reports also didn't find any evidence the White House or anyone in the administration ordered that any of the reports be changed.

The Republican-led joint task force says this is just a preliminary report and the investigation is still going on. That's in addition to another investigation by the Department of Defense.