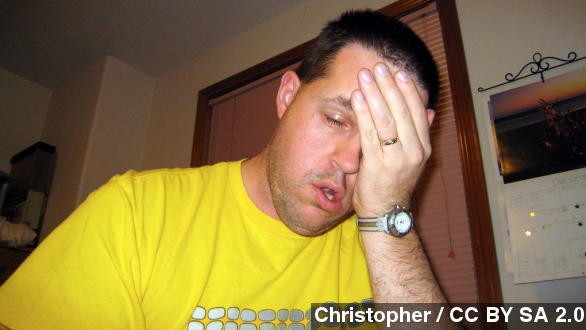 SMS
Completely Unscientific Fixes For Your New Year's Hangover
By Katherine Biek
By Katherine Biek
January 1, 2015
Here's a look at some of the ancient ways people used to cure hangovers and some more bizarre methods still used today.
SHOW TRANSCRIPT

It's New Year's Day, and we're guessing quite a few of you woke up a little under the weather. Partied a little too hard last night, didn't you?

Thankfully, you all can just pop a couple of aspirin and start to feel better in a few hours.

But people have been drinking throughout the ages, and when they woke up with an upset stomach or a pounding headache, they had to resort to other methods — some of which are just straight-up weird.

Back in the Middle Ages, people would eat raw eels to combat any leftover alcohol they may have had in their systems. (Video via PBS / "The Mystery of Eels")

The Daily Beast explains the reasoning behind this interesting choice: "Their logic: the sea-creature would come alive and drink up any remaining alcohol. Obviously."

Of course, nowadays, it's not as easy to come across raw eel, but it's still doable. Although maybe that whole "take an aspirin" thing is easier ... and probably tastier.

Fried canary was a hangover delicacy during the time of the ancient Romans.

The ancient Romans and Greeks couldn't be limited to just one hangover cure, though. They loved themselves a good par-tay.

But it hasn't always been ancient civilizations — we have an odd one right here in 'Merica.

Ever since Coca-Cola was invented in the late 1800s, it's been used as a hangover remedy. Of course, that is back when it contained a little cocaine. The drink went completely cocaine-free in 1929.

And all around the modern world, people have tried different hangover cures.

A Puerto Rican folk remedy calls for rubbing lemon slices into the armpit of their drinking arm before consuming any alcohol.

Gizmodo reports some Haitians stick 13 pins into the cork of the beverage they drank and the Irish actually bury themselves up to their heads in wet river sand.

We don't have any idea how those methods help a hangover. But they sound … fun?

But let's end with a bang. We're pretty sure nothing is worse than what those living in the Wild West did to cure a hangover.

They would go out and collect rabbit excrement, then steep it in hot water before drinking it. That means they drank rabbit poo.

That Bloody Mary and pretzel is looking a whole lot better now, isn't it?