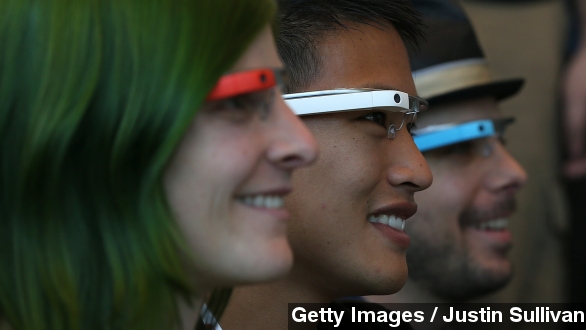 Google might have left the first version of Glass behind, but that hasn't stopped others from finding uses for it.

The Amsterdam's Schiphol airport is testing if Glass could be a hands-free way for security officers to look up flight information. It's also using it to better understand how passengers get around in the airport.

Last month, Google announced it was ending public sales of its Glass devices and would focus on developing the technology further.

Glass failed to become the mainstream product Google wanted, but it's been used in ways the company didn't foresee.

For instance, it's helped doctors in the medical field quickly take notes, and utility workers have used it to keep their hands free while making repairs.

Glass has always been a little controversial, with criticisms about privacy and the awkwardness of giving voice commands in public.

Because what's weird about staring into space while talking to yourself and rubbing the side of your head? (Video via Google)

Many movie theaters banned the device, fearing it could record and pirate movies illegally. And a woman wearing Glass was allegedly attacked in a San Francisco bar because she might have been recording other patrons.

But in professional and niche settings, the device keeps proving itself useful, like providing social cues to autistic children to help them interact with others.

Although Google hasn't announced any future plans for the product, it has held firm it isn't giving up on Glass just yet.