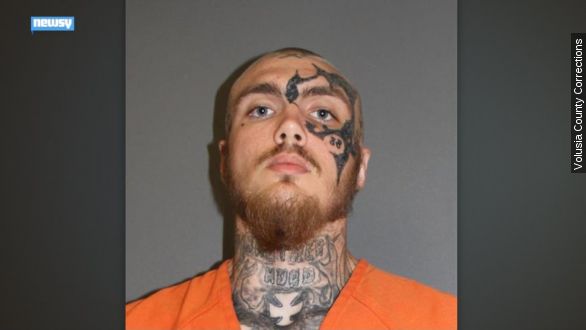 A day long manhunt is over for a North Carolina suspect accused of shooting and killing a Wayne Community College employee Monday morning.

"This is his new mugshot, just into our newsroom this morning. Stancil III was found sleeping on a beach in Daytona, Florida," WRAZ's anchor said.

Stancil is accused of shooting and killing Ron Lane in the Wayne Community College library. Authorities say Stancil previously worked for Lane in the print-shop during a work-study program.

The college, as well as at least one nearby elementary school, was placed on lockdown as authorities searched for Stancil. But there are still some big questions.

On Monday, authorities stressed the incident was isolated, but weren't sure how Stancil was able to get into the school carrying a rifle. It's also unclear at the moment how Stancil left the school. (Video via News 14 Triangle Raleigh)

"The question comes up now, 'How did he get out of town without people seeing him?' He's obviously very recognizable with all the coverage we gave. ... He had a knife on his person we're told. He was attained further ID. He did give the officers his name. He went into custody without any incident," WTVD reported.

The next step will be for Stancil to be extradited back to North Carolina to will face charges. Classes at the college were operating as usual Tuesday morning.