Communist Cuba Has 2 Dissidents On Ballot For First Time 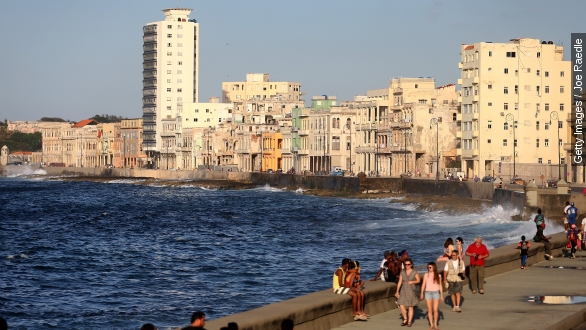 In a country with one official political party, you don't often see electoral challenges to that party's candidates.

But in Cuba's municipal elections, not one, but two political dissidents are running. (Video via Cuba Hoy)

When Cubans went to the polls Sunday, Hildebrando Chaviano and Yuniel Lopez were two names on the ballot not listed as Communist party members. (Video via Deutsche Welle)

Chaviano is a lawyer, who has been a sharp critic of the government since 2006. (Video via Marti TV)

Lopez is a member of the Independent and Democratic Cuba Party, which was banned from running in previous elections. (Video via Youtube / yuniel francisco lopez ofarrill)

In the wake of a big push for normalized relations between the U.S. and Cuba, it's not surprising that several outlets have pointed to Sunday's elections as a sign of changing times. And Chaviano has cited Obama's influence in the past. (Video via The White House)

There's a long history of political dissidence in Cuba, but historically, those dissidents haven't been able to escape imprisonment or persecution, let alone get their names on a ballot. (Video via CNN)

Still, the process of change is a long one, and the candidates have said they expect it will be very difficult to win — especially since they allege the Cuban government has altered their official biographies to make them more unappealing.