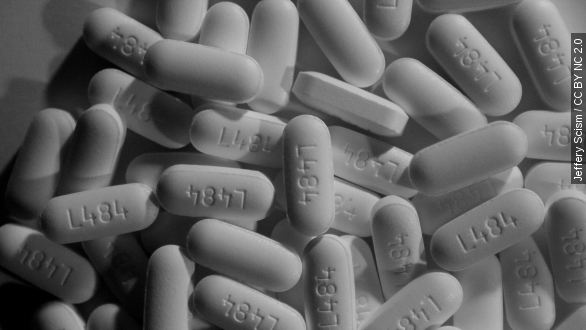 A drug that dulls your minor aches and pains, like headaches, might also be dulling your emotions.

The Internet is having fun with the notion that a common pain reliever might also take away your joy.

A study published this month in the journal Psychological Science suggests acetaminophen can affect your response to positive and negative stimuli.

Acetaminophen is the main ingredient in Tylenol and is used as a pain reliever and fever reducer.

Researchers at The Ohio State University tested the drug's effect on 82 college students.

Half of the subjects were given 1,000 milligrams of acetaminophen and the others were given a placebo pill, but no one was told which pill they were given. (Video via WRSP)

An hour after taking the pill, the subjects were shown pleasant and unpleasant images.

Their emotional responses were recorded after seeing each picture. Those who took acetaminophen had little reaction to any of the photos.

"So this drug, when you see negative or positive images, it numbs your response to it," researcher Baldwin Way told NPR. "It blunts your overall experience of feeling towards it."

Other studies have also focused on the drug's potential effects on emotion. In 2010, a professor at the University of Kentucky found that acetaminophen reduced the pain of rejection.

The study is still in the preliminary stages, and doctors and health care providers warn people to not use the drug to alter their emotions, pointing out overuse of acetaminophen can damage the liver.

About 50 million Americans take acetaminophen each week, making it one of the most common over-the-counter drugs.