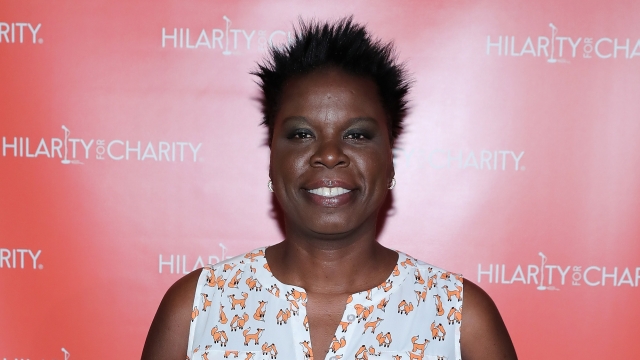 SMS
Racist, Sexist Trolls Won't Stop Going After Leslie Jones
By Cody LaGrow
By Cody LaGrow
August 25, 2016
Hackers posted what appeared to be her driver's license and passport, as well as nude photographs of her.
SHOW TRANSCRIPT

Actress and comedienne Leslie Jones has every right to be mad as hell.

The "Saturday Night Live" star's website was hacked Wednesday, revealing what appeared to be personal information, like her driver's license, passport and nude photographs. The attack also included a reference to Harambe, a meme about a gorilla killed at the Cincinnati Zoo, which was used on Jones' site to perpetuate racial stereotypes.

If that type of racially charged harassment sounds familiar, that's because Jones was a target of Twitter trolls just last month.

The "Ghostbusters" star temporarily left Twitter in July after exposing the racist and misogynistic tweets sent her way. She made her return a few days later, reminding us that her Twitter presence is gold-medal worthy, and then she got invited to tweet at the Olympics because she slays all day.

Since the hack, her website, JustLeslie.com, has been taken down. The hashtag #StandWithLeslie emerged from several celebrity accounts, showing an outpouring of support for the actress.

Jones has yet to comment on the hack as of Thursday morning. Unnamed sources told TMZ the FBI is now investigating.