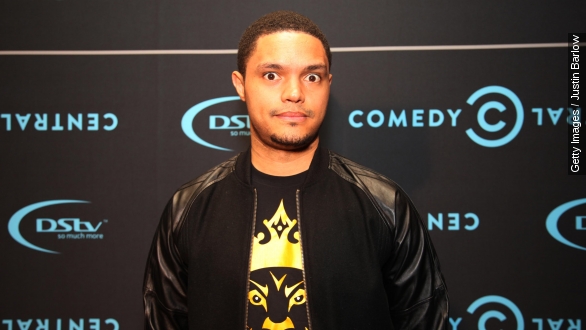 By now, you've probably heard of "Daily Show" heir Trevor Noah's recently uncovered tweets from a few years back that many people found offensive. In a day's time, writers went from giving Comedy Central hat tips for promoting Noah to giving hot takes on how he should've been vetted more thoroughly.

Now, Comedy Central is backing its No. 1 pick. In a statement released Tuesday, the network said, "Like many comedians, Trevor Noah pushes boundaries. ... To judge him or his comedy based on a handful of jokes is unfair."

Before Noah's anti-Semitic and misogynistic tweets were uncovered, it seemed like the only risk Comedy Central was taking was putting a newbie at the helm of "The Daily Show." The 31-year-old Noah drew a collective "Who?" from most viewers; he had only made three appearances on the show before being named John Stewart's successor.

While some are asking if Noah can bounce back after this Twitter gaffe, another issue might've emerged:

Noah tweets were offensive to some, but being a corny comedian is another matter. One Slate writer points out this bit:

"Yeah, I just flew in and boy are my arms tired," Noah said.

Noah flipped that oldie into a "Hands up, don't shoot" joke, but Slate's Jessica Winter asks, "Did he mean that as a joke, too?!? Trevor Noah: ontological mystery."

Noah tweeted a message in response to his critics Tuesday, saying, "To reduce my views to a handful of jokes that didn’t land is not a true reflection of my character, nor my evolution as a comedian."

He'll have a chance to re-instill some confidence in "Daily Show" fans; he won't take over for Stewart until later this year.