Comedian Stephen Fry Is Not A Fan Of Modern Music 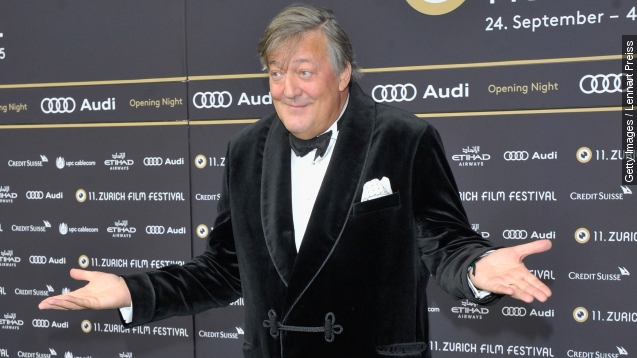 Stephen Fry let the criticism fly in his 2015 music review on BBC's Radio 1.

The interviewer mentioned the comedian's love for opera and classical music, but Fry noted that he wasn't really up on recent music — and that was pretty obvious when it took him three tries to say Adele's name right. (Video via XL Recordings / Adele)

"It's a hideous, toxic compound," Fry said. "It's basically the musical equivalent of Haribo Starmix."

Fry, who really didn't come off as a fan of "bubblegum pop," did approve of one pop star: Justin Bieber. He said he was surprised by how good the Biebs' voice is. (Video via Capital FM)