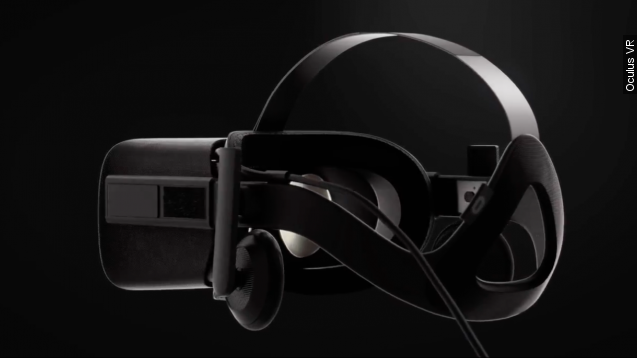 Comcast and Time Warner are teaming up to invest in the future of virtual reality.

They're part of a $30.5 million funding round for NextVR, which broadcasts live events in virtual reality, like political debates and sports games.

The cable companies join an industry trend: Disney was part of a $65 million round for VR company Jaunt. (Video via Future of Storytelling)

And Facebook plunked down $2 billion for Oculus and its Rift headset. These live events are just what CEO Mark Zuckerberg had in mind when he announced the deal. (Video via Oculus VR, Facebook)

But all these companies are betting big and probably a bit early. The VR industry isn't expected to take off until next year, when Oculus releases the Rift, HTC releases the Vive and Sony releases the PlayStation VR. (Video via Oculus VR, HTC, Sony)

These traditional media companies grabbing a stake now will help them hold on to an audience that's cutting the cord in favor of entertainment over the Internet. (Video via Hulu)

There is a caveat. While early reviews are promising, there's no guarantee VR will be the next all-encompassing wave of future entertainment.

It's a niche product, fairly expensive and for some, it can still trigger simulator sickness if the brain decides the virtual environment isn't convincing enough. (Video via Christopher Schmidt / CC BY 3.0)

But the content, at least for sports fans, appears to be rolling in. NextVR's funding round included people and groups with the New York Knicks, Golden State Warriors and the Miami Dolphins.

This video includes images from Getty Images and Christopher Schmidt / CC BY 3.0.