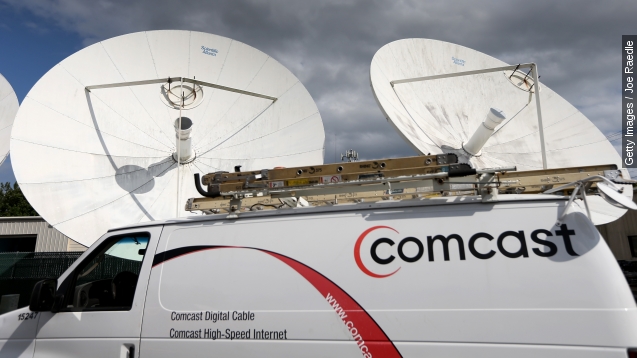 Comcast announced a new streaming service Monday called Stream, which will allow subscribers to watch broadcast TV and HBO without a cable subscription.

Stream joins an already crowded marketplace but adds a service that includes streaming live TV. That might've been a game changer.

But the tech world agrees: Go home, Comcast, you're drunk. This might actually be the worst streaming option ever.

The most obvious of the service's limitations is the way it's being offered: It's $15 per month on top of the cost of a customer's Xfinity Internet package — which already costs more than Comcast's standard Internet because it already sort of has a streaming feature. (Video via Comcast)

And you can't watch Stream on TV. Only computers, tablets and smartphones will have the pleasure — and only if those devices have access to a subscribing home's Internet connection.

You could probably MacGyver a VPN, adapter and cable mess if you really, really just had to watch something at a friend's house. But no one wants to mess with all that. (Video via CBS)

Especially when there are simpler options that cost the same or less, like Netflix, HBO Now, Hulu Plus — the list goes on.

Stream also lacks that one big selling point a new streaming service needs. Right now, it has only 12 networks signed up — and ESPN is not one of them. HBO is on board, but that shouldn't be a surprise. (Video via Comcast)

When Cablevision announced a similar type of cord-cutting option to its Internet subscribers earlier this year, that service also got access to HBO Now. (Video via HBO)

The final problem with Comcast's streaming option is that, for many customers, it isn't really an option at all. Because where can one actually get Comcast broadband Internet service? Not too many areas, it seems.

If this service still sounds intriguing for some reason — and you actually live in the right area — a phone call is all it takes to get signed up for the beta version.

This video includes images from Getty Images and music by Kevin MacLeod / CC by 3.0.