Comcast's 'Watchable' Could Heat Up The Digital Video Race 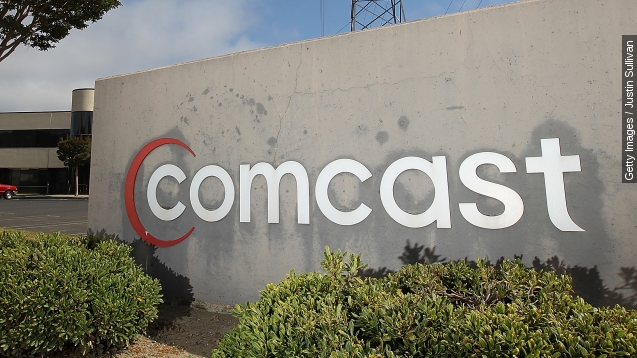 By the numbers, Comcast is already one of the largest TV providers in the U.S. Now, it's said to be setting its sights on short-form digital video.

Rumors of a Comcast-backed, over-the-top video service started in April.

And apparently, Comcast has been hard at work, because that service for short-form digital video now has a name: "Watchable."

Business Insider reports Comcast is aiming for a slew of partners to provide their video content on demand through Watchable. This includes news sites like Vice, satire from The Onion, content from the very recently Comcast-backed Vox, BuzzFeed brands and from existing broadcasters like NBC Sports. (Video via Vice, The Onion, Vox Media and NBC Sports)

If there’s truth to the rumors, Watchable will be in good company. The chase after OTT is industry-wide. Verizon is planning a similar service, Dish’s Sling TV is already in the wild for $20 a month, and even Apple is said to be trying to get its own offering off the ground. (Videos via CNET, The Wall Street Journal)

If there’s one big driving force, it’s the trend of audiences — and especially younger audiences — getting more of their content online. Case in point: you’re watching this video.

One Cisco study showed the Internet video delivered to traditional television screens doubled in 2014, and suggests it will increase four times over by 2019.

We as consumers are already comfortable here. Look no further than services like Netflix, which on its own vacuums up more than 36 percent of prime-time Internet bandwidth. (Video via Netflix)

And for producers, cooperation is enticing. Traditional media companies get a boost to their audience demographics while online publishers get access to the advertising reach of traditional television.

Comcast reportedly plans to make Watchable — watchable across its mobile apps, naturally, and to upgrade its set-top boxes to handle the new traffic over the next few years.