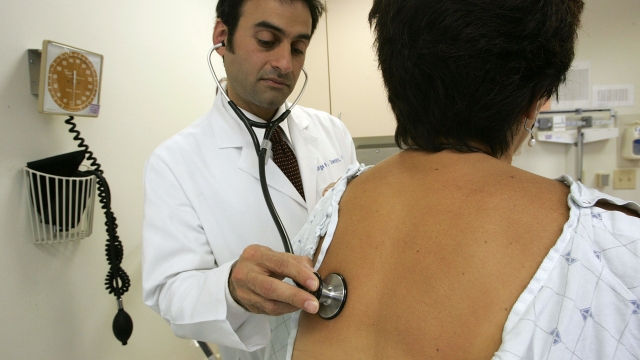 SMS
Colorado Voters Might Replace Obamacare With ColoradoCare
By Ben Lawson
By Ben Lawson
April 29, 2016
The ColoradoCare plan aims to make health insurance available to everyone in the state through a major reform and a tax hike.
SHOW TRANSCRIPT

Colorado is considering abandoning the Affordable Care Act in favor of creating a new taxpayer-financed health system that would be available to everyone in the state.

The ballot measure goes before voters in November. The plan, dubbed ColoradoCare, does away with deductibles and allows patients to pick doctors without having to consider whether they're in their coverage network.

The funding would come from a tax hike on workers and businesses. According to a report from the Colorado Health Institute, the plan would pull in $38 billion in annual revenues if passed.

If ColoradoCare were a private company, it would be bigger than major companies like McDonald's and Nike and would rank about 80th on the Fortune 500 list.

The proposal has seen heavy opposition from insurance groups, chambers of commerce and conservatives who argue its details are vague and that it would be too costly.

If passed, it's estimated about 83 percent of Coloradans would receive coverage under the plan. The rest would be on Medicaid, military benefits or other government programs.

The Colorado Health Institute report calls it the "most far-reaching health care reform since the Affordable Care Act."

This video includes clips from McDonald's, Nike and ColoradoCareYES.