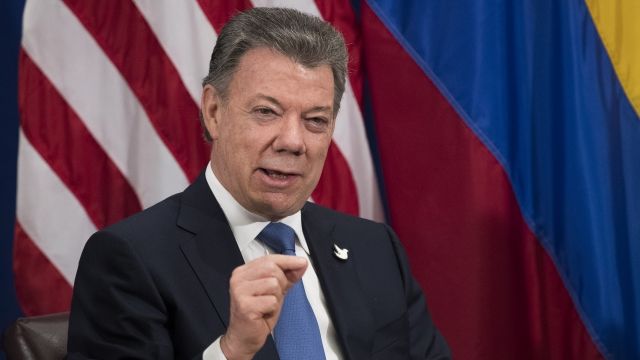 Colombian President Juan Manuel Santos was awarded the Nobel Peace Prize for his efforts to end the country's decadeslong civil war with a rebel group know as FARC.

Because of that setback, many were shocked to learn he was eligible for the prize at all.

But the committee reiterated in a press release that Colombians voted against what's stated in the deal, and not peace itself.

A committee spokesperson told reporters that Santos initiated the peace deal process and "went all in with a strong will to reach a result."

So far, it's estimated Colombia's civil war has killed more than 220,000 people and displaced 6 million more.

As of early Friday, Santos had yet to be notified of his big win.