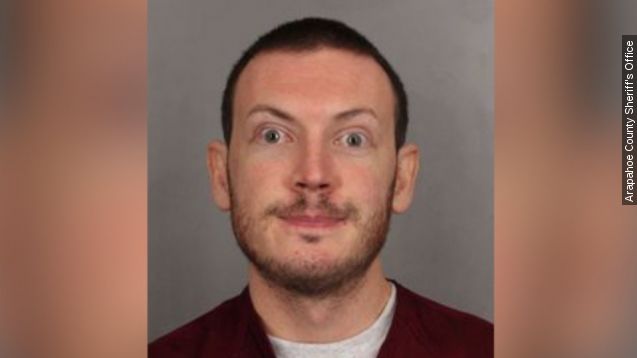 SMS
Colo. Theater Shooter Gets Life Times 12 Plus 3,318 Years
By Matt Moreno
By Matt Moreno
August 26, 2015
James Holmes will spend life in prison without the possibility of parole for the 2012 theater shooting that left 12 people dead.
SHOW TRANSCRIPT

Aurora, Colorado, theater shooter James Holmes was formally sentenced Wednesday to life in prison without the possibility of parole. The judge handed down 12 life sentences and an additional 3,318 years.

"I want to make it clear that it is the court's intention that the defendant never set foot in free society again," Judge Carlos A. Samour Jr. said.

This is one of the longest criminal sentences in history.

Holmes was convicted of murdering 12 people and attempting to kill 70 others at a packed movie theater in 2012.

His insanity plea was rejected by jurors. They could not come to a unanimous decision on the death penalty, voting 11 to 1 in favor of it.

Under Colorado law, the death penalty must be a unanimous decision by the jury.

Over the past few days, victims of the attack took the stand to talk about the emotional scars left behind.

"When the defendant killed my sister in a movie theater, my worldview changed. I was anger. I was hate. I felt it was a personal attack," a victim's brother said.

"We cannot feel the depths of your pain. We can only listen to everything you have expressed, and we pray for you," said Arlene Holmes.

Holmes will serve his life sentence under the Colorado Department of Corrections and is expected to continue receiving mental health treatment.

This video includes an image from the Arapahoe County Sheriff's Office.