College-Age Hacker's Program Turned Your Phone Into A Spy 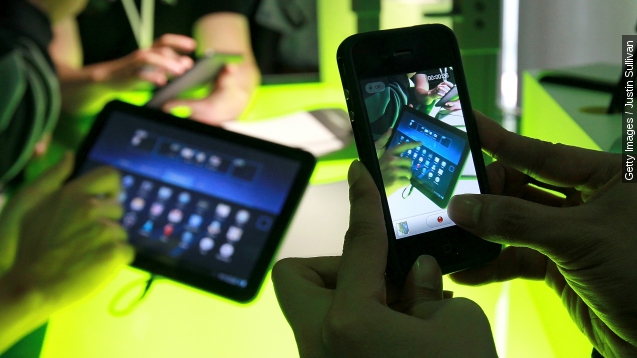 SMS
College-Age Hacker's Program Turned Your Phone Into A Spy
By Steven Sparkman
By Steven Sparkman
August 25, 2015
A college student pleaded guilty to building a tool that let hackers spy on you through your phone's camera and microphone.
SHOW TRANSCRIPT

The federal government got its fourth guilty plea Tuesday in its push to dismantle one of the scariest places on the web.

A Carnegie Mellon University student named Morgan Culbertson pleaded guilty to helping build a malware tool and attempting to sell it on the hacking forum Darkode.

Culbertson called the program Dendroid, and it made news in the cybersecurity world last March for its ability to infect an Android phone without the phone's owner knowing.

Basically, it allowed a hacker to easily attach a malicious code onto an otherwise normal app in the Google Play store. Once the code was installed, the hacker could spy on the user through the phone's microphone or camera. (Video via Google)

The government accused Culbertson of co-developing the app and attempting to sell it for $300. The accusation says he intended to sell enough copies to allow hackers to infect 450,000 phones, though it's unclear how many he actually sold.

Culbertson is one of a dozen people charged in the Darkode case. The forum was home to a group of hackers who bought and sold programs and stolen data. One U.S. attorney said, "Darkode represented one of the gravest threats to the integrity of data on computers in the United States and around the world."

Culbertson could face up to 10 years in prison, but the Pittsburgh Post-Gazette says his sentence is expected to be much lighter due to his lack of a criminal record.