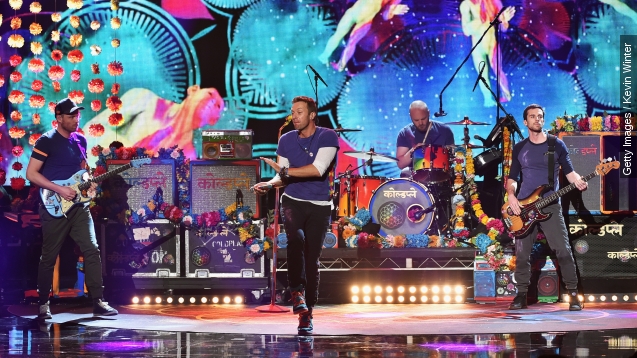 And it's official: Coldplay is the Super Bowl 50 halftime act!

Bruno Mars, who performed in 2013, will also be involved in some form.

It was previously reported that Maroon 5 was in talks to appear at the 2016 halftime show, but as of now, the band is not on the schedule.

In the past, Beyonce, Katy Perry and Madonna have all performed — and we're praying Beyonce will make an appearance at this show. After all, she just collaborated with the band for the new song, "Hymn For The Weekend."

This will be Coldplay's first time headlining the halftime show. Super Bowl 50 will take place Feb. 7, 2016.