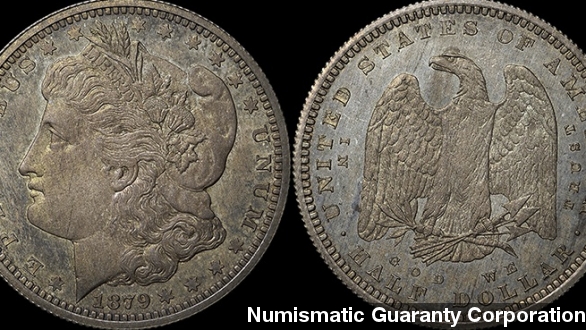 By Lauren Zima
November 19, 2013
Legendary coin collector Eric P. Newman's collection sold for a whopping sum in New York.
SHOW TRANSCRIPT
If I had a nickel for...every nickel this guy had.

Retired St. Louis lawyer Eric P. Newman just sold his coin collection for a staggering $23 million. It contained nearly 2,000 coins that Newman had been collecting for 90 years. He is 102 years old. (Via YouTube / coinweek)

Newman began collecting in the 1930s.

Quite the profit margin.

The auction took place in New York City. And The International Business Times reports the money will go to the Eric P. Newman Numismatic Education Society.

Numismatics is, of course...the study of coins.
ShareTweetEmail