Coffee Is No Longer On WHO's List Of Cancer-Causing Substances 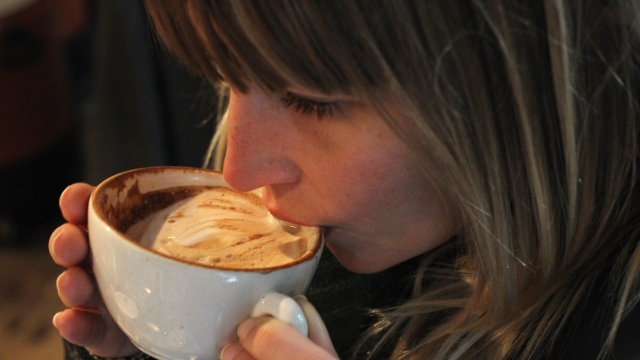 SMS
Coffee Is No Longer On WHO's List Of Cancer-Causing Substances
By Ryan Biek
By Ryan Biek
June 15, 2016
However, the health organization added a different carcinogen.
SHOW TRANSCRIPT

For a quarter of a century, coffee has been deemed a possible carcinogen, specifically leading to bladder cancer. But that's no longer the case.

The World Health Organization reversed its stance on the issue Wednesday, saying coffee has no cancer-causing effects –– and that it can even possibly reduce the risk of other types of cancers, like liver and uterine.

Many other major research organizations have already said this. WHO's International Agency for Research on Cancer recently reviewed over 1,000 studies that demonstrated coffee doesn't lead to cancer.

Slate noted last year that of the more than 1,000 substances IARC reviewed over several years, only one was deemed "probably not carcinogenic."

And even though WHO had called coffee "possibly carcinogenic," that said nothing about how bad of a cancer risk could be expected. It's kind of like confidence in a light switch being able to be turned on, but not saying how bright the light will be.

On Wednesday, WHO dropped coffee, but added a different carcinogen: very hot drinks in general. The health organization said drinks consumed at or above roughly 150 degrees Fahrenheit probably lead to cancer of the esophagus.

This addition is bigger news for people in China, Iran, Turkey and South America, where tea is often served at about 158 degrees Fahrenheit.

This video includes clips from Al Jazeera and CNN, and images from Getty Images.