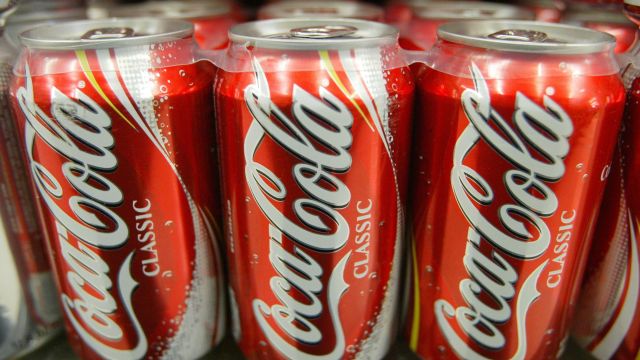 SMS
Coca-Cola Replenished All The Water It Used In 2015 — Kind Of
By Lindsey Pulse
By Lindsey Pulse
August 29, 2016
The company set a water replenishment goal more than a decade ago — it met that goal five years early.
SHOW TRANSCRIPT

Coca-Cola says it replenished all of the water it used in its finished beverages in 2015. But some advocacy groups say that's not enough.

Coca-Cola announced its water replenishment goal more than a decade ago. The plan was to give back as much water as it used in global sales by 2020 — and the company met that goal five years early.

But the drink producer hasn't actually treated and recycled all the water it's used — just the water it used in its finished products.

The company pumps water back through community projects in the countries where it operates.

And even though Coca-Cola calls its goal "aggressive," many organizations are up in arms and say the "water neutrality" is nothing more than a PR ploy.

Anti-poverty charity War on Want called the company out in 2007. It accused Coca-Cola of unethically taking water from communities that already experienced water shortages.

And the India Resource Center has accused Coca-Cola of causing irreversible pollution by drying up wells and putting wastewater in crop fields and natural water sources.

The company did reportedly return 191.9 billion liters of water in 2015, which equals more than 100 percent of what was used in the finished product.

Even though it met its 2020 goal early, the company says it will continue its endeavor to replenish the water it uses for years to come.