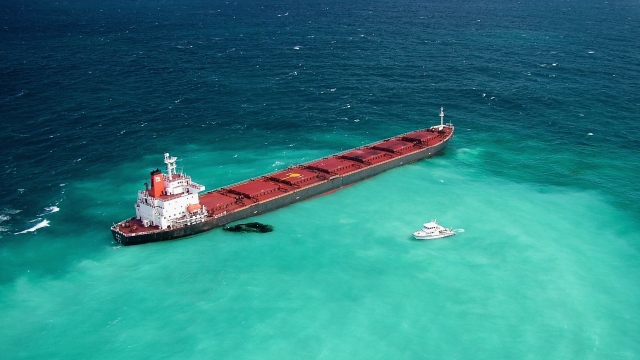 SMS
The Company That Damaged The Great Barrier Reef Is Finally Paying Up
By Katherine Biek
By Katherine Biek
September 19, 2016
The nearly $30 million settlement is only about one-third of the original request made by Australia's government.
SHOW TRANSCRIPT

This ship damaged part of the Great Barrier Reef more than six years ago. Now, its owners have to pay for it.

The Chinese coal carrier had tens of thousands of tons of coal and heavy fuel oil on board when it went off course and ran aground in a protected part of the reef.

SEE MORE: The Great Barrier Reef Is Dying, And Tourists Are Rushing To See It

Not only did the carrier leak oil into the surrounding water, it crushed the coral and spilled toxic paint particles onto the surviving reef.

The Great Barrier Reef, located off the coast of Australia, stretches for 135,000 square miles and is home to thousands of species of fish and coral, as well as other marine life like dolphins, sea turtles and sharks.

The company that owns the carrier, Shenzhen Energy Transport, battled back and forth with the Australian government for years following the incident.

It believed the $90 million the government asked for to clean up the reef was unnecessary, since coral reefs can regenerate on their own.

Now, the two have agreed on a settlement that's about one-third of the initial request — $29.6 million. Most of the money will go toward clearing the toxic paint from the reef.