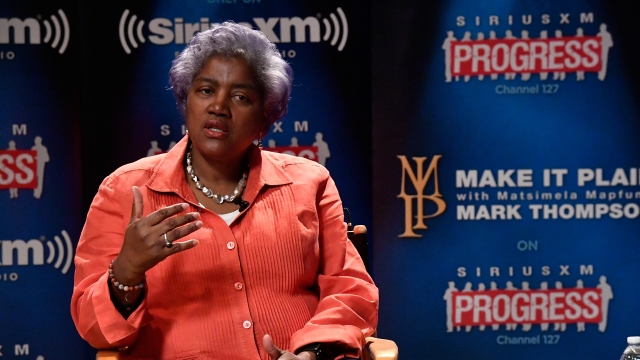 Democratic National Committee interim chair Donna Brazile used to be a regular contributor on CNN. But after her name showed up in another batch of WikiLeaks emails, the network confirmed it has severed all ties with Brazile.

SEE MORE: Podesta's Email Hack May Have Happened From Resetting His Password

Brazile told Podesta the candidates would receive a question from someone who had been directly affected by Flint's toxic water problem — which is more or less what happened during the debate.

Brazile's been accused of passing information to the Clinton campaign before. WikiLeaks previously published an email Brazile allegedly sent to Podesta ahead of a different CNN debate, warning the campaign about a potential question on capital punishment.

Brazile's CNN contributor status was suspended in July after she started leading the DNC. But in a statement Monday, CNN confirmed Brazile had formally resigned from her contributor role on Oct. 14.

The statement also said CNN "never gave Brazile access to any questions, prep material, attendee list, background information or meetings in advance of a town hall or debate," and insisted the network was "completely uncomfortable with what we have learned about her interactions with the Clinton campaign."

The Clinton campaign still hasn't confirmed the authenticity of WikiLeaks' information, instead accusing Russia of using the email dump to influence the election.