Why The CNN And Former Trump Campaign Manager Controversy Isn't Over 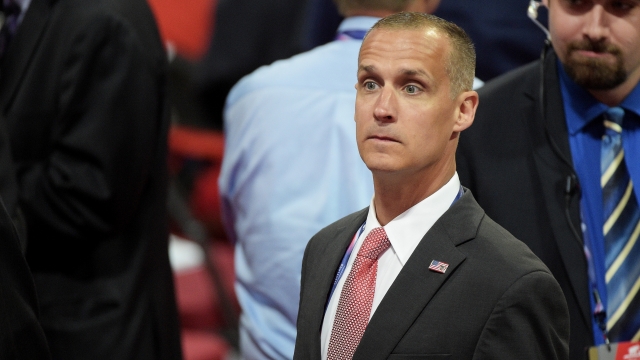 SMS
Why The CNN And Former Trump Campaign Manager Controversy Isn't Over
By Lauren Stephenson
By Lauren Stephenson
September 29, 2016
CNN said Thursday that the Trump campaign is no longer paying severance to Corey Lewandowski, a political contributor for the network.
SHOW TRANSCRIPT

"Now, in previous appearances, we have told you that Corey was still receiving severance from the Trump campaign, but that is no longer the case, we are told," CNN anchor Alisyn Camerota said Thursday while introducing political contributor Corey Lewandowski.

After months of criticism, CNN has put the Lewandowski issue to bed — sort of.

The controversy stems from the Trump campaign's firing of Lewandowski in June and CNN's hiring of him days later.

Almost immediately, the network was criticized for employing a man with a, shall we say, "strained" relationship with the media.

But people seemed to forget about that once it surfaced that Lewandowski was still being paid severance by the Trump campaign. He reportedly also signed non-disclosure and non-disparagement agreements with the campaign.

So that "political contributor being on the payroll of a campaign" thing rubbed many in the media — and some viewers — the wrong way.

According to Politico, Lewandowski was paid a lump sum, rather than getting paid monthly through the end of the year. Apparently, the reason for the move was so the campaign and Lewandowski could "avoid future distractions."

USA Today reports Lewandowski's final payment was somewhere in the area of $80,000. And his total pay from the campaign was reportedly over $500,000.

But they probably won't be able to avoid distractions completely. Some outlets have reported that Lewandowski is still helping the campaign behind the scenes.