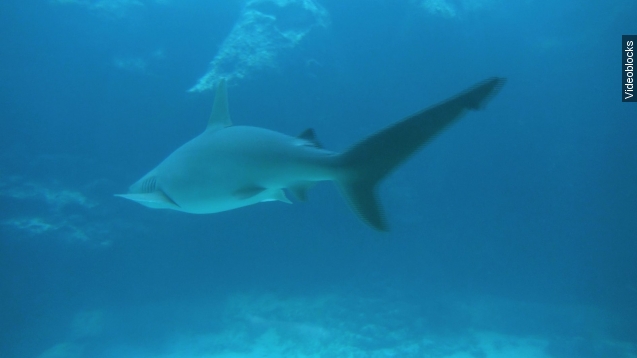 A group of about 20 sharks should make Northern California beachgoers take a second's pause.

The sharks were mostly between 10 and 15 feet long, which is about half the length great whites can grow. But some were at least 18 feet.

Days before the cluster was found, a shark was seen attacking a seal or sea lion near Alcatraz.

A shark conservationist told KTVU the rare sighting is "... actually a sign that maybe the San Francisco Bay is getting a little healthier, that you have top predators like white sharks coming in."

Now, experts aren't saying these sharks are dangerous enough to prevent residents from getting in the water. (Video via Discovery)

"It's not a school. It's not a swarm. It's not a group of vicious man-eating sharks. They're out there preying on their normal prey, which is seals and sea lions," the director of a shark conservation group told KPIX.

They are, however, advocating for a bit of caution. One expert told KTVU, if you're afraid of sharks, wait for the end of the year, when they move deeper into the ocean.