Closing Apps To Save iPhone Battery Life Is A Myth 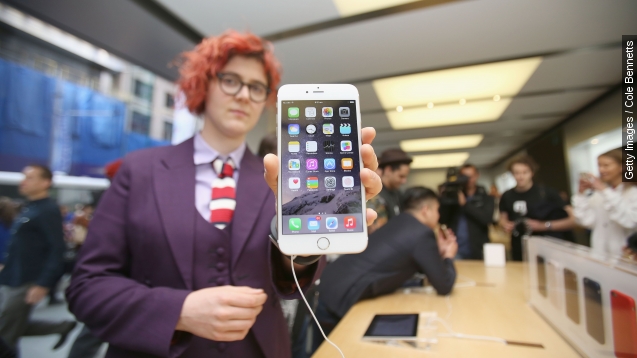 SMS
Closing Apps To Save iPhone Battery Life Is A Myth
By Leah Becerra
By Leah Becerra
June 21, 2015
Turns out closing apps on an iOS device actually uses up more battery life than leaving the apps open in the background.
SHOW TRANSCRIPT

There's a common mistake being made each day by a lot of iOS users. And not knowing the truth could be ruining your iPhone's battery life.

As an Android convert, I’ve always been under the impression that force shutting down recently used apps means better battery life and a faster running phone. Why? Because devices like your computer — and in this case your smartphone or tablet — have short term memory (aka RAM). (Video via YouTube / Adrian Isén)

And if that memory is trying to recall too many things at the same time, a device may begin to get sluggish and end up using more battery. (Video via The Verge)

An expert for Butterscotch.com said, "Now one of the things you need to make sure of on a computer system is that you have enough RAM to do your job properly."

But herein lies the misconception: iOS users are actually using more power by closing apps manually. The reason, in short, is that iPhones are better at cleaning up after their users.

“iOS closes apps automatically as it needs more memory, so you're doing something your device is already doing for you.”

Which means if you’re closing apps you’ve recently used, you’re actually using up more battery life in 2 ways: You're clearing out remnants that make an app open with less work later on and you're keeping your screen illuminated longer while you force close the apps you don't need anymore.

It is still true for iPhones, that by force closing apps you’re freeing up RAM but it turns out most apps aren't actually running in the background like they tend to do on other phones' operating systems. (Video via CNET)

Though Loveless points out in his blog that there are still certain iOS apps you might actually want to force close to save on charge:

“Your apps are not allowed to run in the background unless they are playing music, using location services, recording audio, or the sneakiest of them all: checking for incoming VOIP calls, like Skype.”

It turns out this has been true for iPhones ever since iOS 7 — and iOS 9 will be released this Fall.

Sorry, non-iOS smart phone users. We checked and you still have to close those apps after using them to keep multitasking abilities fresh and save on power. But at least you've got more power saving options built-in these days. (Video via Android Authority)