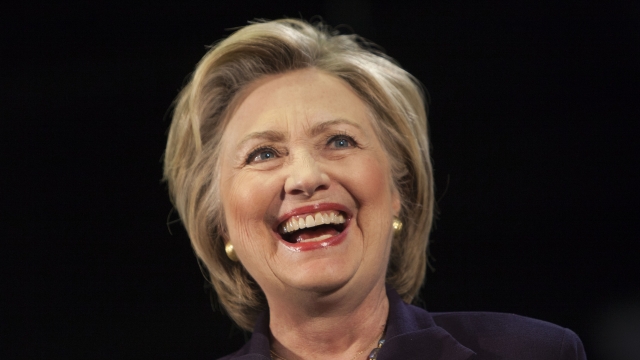 The win isn't a surprise. New Jersey has an older, more diverse electorate — the sort of voters that have been Clinton's bread and butter this entire primary season.

And the Clinton campaign had been banking on the win to help them "clinch" the nomination with a victory speech to follow. That, of course, was before news organizations beat the campaign to the punch and declared Clinton the presumptive nominee just the day before.

Either way, any win helps put Bernie Sanders away. Every Clinton victory chips away at Sanders' credibility as a contender for the Democratic nomination.

But the Sanders campaign doesn't seem likely to back down, at least not anytime soon. It has promised to fight on to the convention, all the while trying to convince superdelegates to flip their support from Clinton to Sanders.

This video includes clips from MSNBC, CNN, ABC, NJTV and Hillary for America.