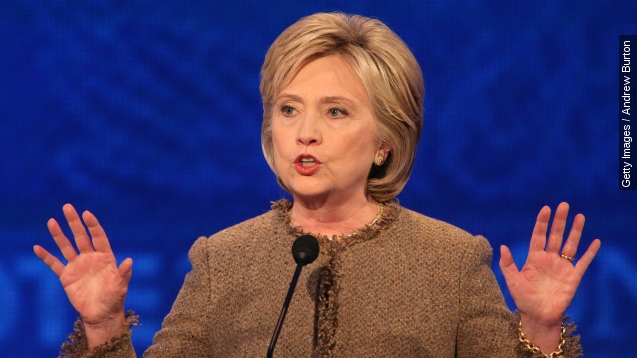 Hillary Clinton might have overreached a bit Saturday in saying ISIS had featured Donald Trump in recruitment videos, but it is true that ISIS has invoked Trump's comments in social media recruitment?

One expert told NBC, "When he says, 'No Muslims should be allowed in America,' they tell people, 'We told you America hates Muslims and here is proof.'"

As for whether he's shown up in videos, we're not aware of any. And the Clinton campaign hasn't pointed out any. So, there's just no evidence to back up that part of her claim.