Clinton And Trump Are Trying To Repair Relationships With The Media 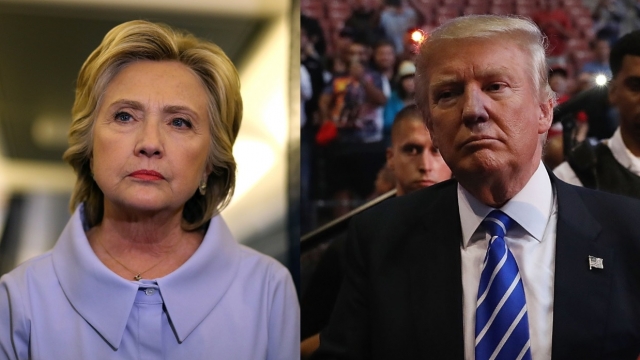 SMS
Clinton And Trump Are Trying To Repair Relationships With The Media
By Eugene Daniels
By Eugene Daniels
September 7, 2016
The relationship between the media and presidential nominees gives us a window into what will happen during a Clinton or Trump administration.
SHOW TRANSCRIPT

This week, both Hillary Clinton and Donald Trump have decided to work on mending their relationships with one group: the media.

The Trump campaign announced Wednesday it would get rid of its widely maligned "blacklist." That's the list of press outlets, like BuzzFeed, Univision and The Washington Post, that have been denied press credentials, usually after writing something the nominee didn't agree with.

But now it looks like those groups will start getting credentials again. Trump told CNN's Brian Stelter, "I figure they can't treat me any worse."

And earlier this week, for the first time this election, the Clinton campaign let press fly on the plane with the nominee and she even talked to them. Clinton walked to the back of the plane and did a mini-press conference.

Until that point, the Clinton campaign had been criticized by the right and left for not having a traditional press conference at all this year with minimal press availability; she even got a new nickname from Trump: Hiding Hillary. The Clinton camp has retorted by saying she's done multiple interviews throughout the campaign season.

The relationship between the media and the presidential nominees is vital. It's the best way for voters to get a look at who these people are. And the relationship on the trail matters for one huge reason: It lets us know what kind of access and transparency a Clinton or Trump administration will have.

The appearance of avoiding or hating the press doesn't bode well for the kind of access we're used to in the White House, like the daily press briefing or presidential press conferences.

It's not clear whether these new changes will hold, but after the access starts, the backlash on a backtrack would be so much worse.