Clinton To Call For End To Cuba Embargo In Miami Speech 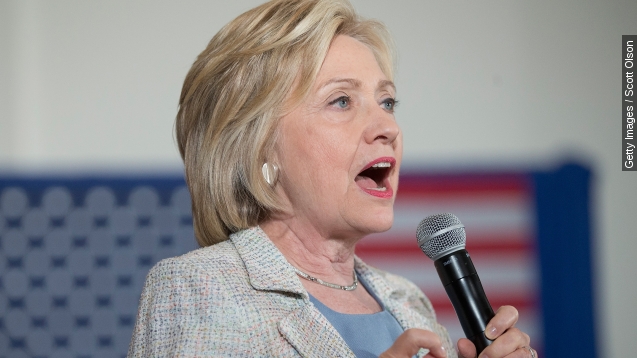 SMS
Clinton To Call For End To Cuba Embargo In Miami Speech
By Evan Thomas
By Evan Thomas
July 31, 2015
Hillary Clinton is expected to call for a reversal of isolationist policies in a Friday speech in Florida.
SHOW TRANSCRIPT

Hillary Rodham Clinton will make the case for Cuba in a speech in Miami Friday.

According to campaign spokespeople, when she speaks at Florida International University she will encourage Congress to lift the trade embargo on Cuba. (Video via C-SPAN)

Clinton plans to argue isolationist policies have failed and that the U.S. must address human rights issues in the country.

This could be an important move for Clinton's campaign. Politico notes not only is she the first presidential contender to take her campaign right into Cuban exile country, but her husband, former president Bill Clinton, signed the Helms-Burton act that strengthened the embargo against Cuba in 1996. (Video via U.S. Department of Defense)

U.S.-Cuba relations have started to thaw in recent years, both unofficially and officially. Earlier this month, Cuba reopened its embassy in Washington, D.C.

Statistically, Clinton should find more support for better relations with Cuba. Pew studies from this month — and from six months ago — show increasing support for reopening diplomatic and trade ties with Cuba among the public and both Democrats and Republicans.

But Clinton is also meeting opposition. Florida's Republican senator and 2016 presidential hopeful Marco Rubio called Clinton's intent to reach out "appeasement" of a dictatorial regime and a "grave mistake."

Clinton is expected to speak at 11 a.m. EST.