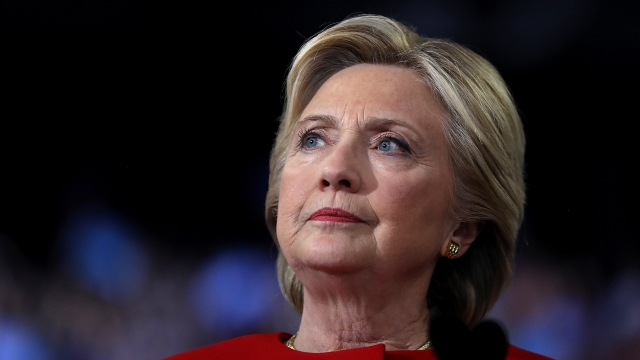 SMS
Clinton's Team Will Join Recount Efforts Initiated By Jill Stein
By Lindsey Pulse
By Lindsey Pulse
November 26, 2016
The team wants to ensure the process is "fair to all sides."
SHOW TRANSCRIPT

Hillary Clinton's campaign will be taking part in the vote recount effort initiated by Jill Stein.

Stein started crowdfunding for recounts in Wisconsin, Pennsylvania and Michigan earlier this week. So far, only a recount in Wisconsin has been filed.

In a statement released on Medium, Clinton's general counsel said the camp will participate to ensure the process is "fair to all sides."

He also said if the Green Party candidate filed recounts in Michigan and Pennsylvania, Clinton would be on board.

SEE MORE: Trump Won't Push For Clinton Investigations After All

The team acknowledged the uniqueness of the 2016 election in that it faced an unusual amount of foreign interference — like Russian hacking of the Democratic National Committee and other private documents.

But the statement said the team found no "actionable evidence" that suggests hacking of the U.S. voting systems to alter election results.

Nonetheless, the counsel said even though the margin is well above one "ever overcome in a recount," it supports efforts to ensure the accuracy of results in those states.

As of Saturday, roughly $5.8 million of Stein's $7 million goal had been met. The deadline to file for a recount in Pennsylvania is Nov. 28, and Michigan is Nov. 30.