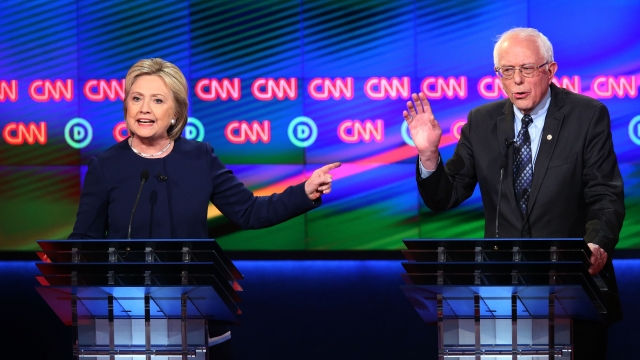 SMS
Clinton Supporters Accuse Sanders Of 'Mansplaining' During Debate
By Kate Grumke
By Kate Grumke
March 6, 2016
Some on Twitter accused Bernie Sanders of being condescending to Hillary Clinton during the Democratic debate in Flint, Michigan.
SHOW TRANSCRIPT

This Democratic debate, both candidates were fired up.

"You'll have your turn."

Some people on Twitter accused Sanders of being condescending.

But others pointed out Clinton was interrupting Sanders.

But this finger-pointing wasn't as handsy as the other debate this week.

"He referred to my hands, if they're small, something else must be small. I guarantee you there's no problem," Donald Trump said during a debate.