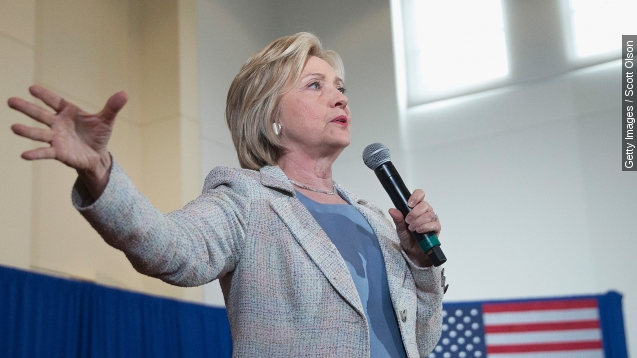 It's probably not too surprising that the super PAC supporting Hillary Clinton has had some big donors, and a filing from the Federal Election Commission Friday showed just how big.

The super PAC, Priorities USA Action, has brought in about $15.6 million in the first half of 2015. In the last month of June alone, the campaign received eight separate $1 million checks.

It appears Clinton's PAC has only spent about $1.5 million of that so far.

Clinton's campaign still faces some concern that her fundraising mechanisms are lagging behind her Republican competitors.

Clinton's other super PACs have done some re-organizing in recent months, which has alleviated some of that concern. (Video via Hilary for America)

But she still has a lot of catching up to do. A super PAC supporting Jeb Bush has pulled in a whopping $103 million already this year. (Video via Jeb 2016)