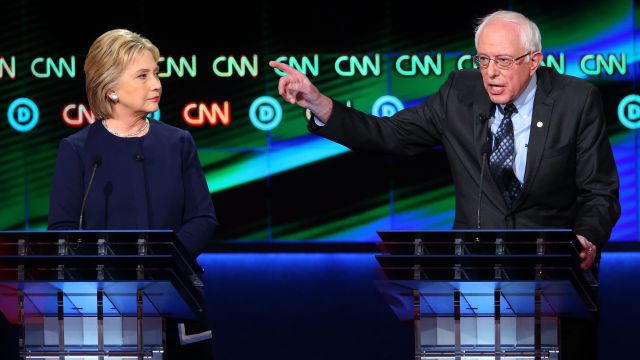 SMS
Clinton, Sanders Talk About Their 'Racial Blind Spots' At Flint Debate
By Jake Godin
By Jake Godin
March 7, 2016
During CNN's Democratic debate, both Hillary Clinton and Bernie Sanders were asked about their "racial blind spots." Here's what they had to say.
SHOW TRANSCRIPT

"I know that I've never had the experience that so many of the people in this audience have had. And I think it's incumbent upon me and what I've been trying to talk about during this campaign is to urge white people to think about what it is like to have the talk with your kids, scared that your sons or daughters even could get in trouble for no good reason whatsoever," Hillary Clinton said during the debate.

Sanders caught some flak for his answer.