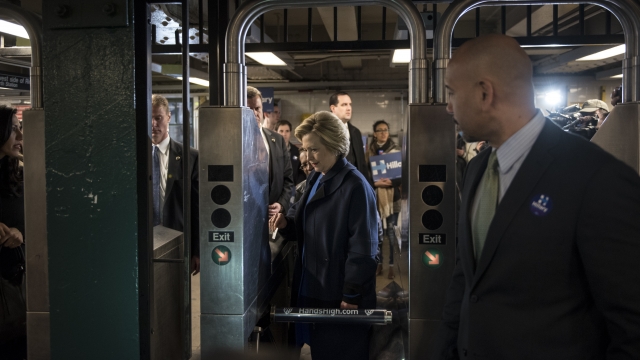 Presidential candidates are not just like us — even if they try to be. Want proof?

They don't commute with the masses. Our 2016 Democratic candidates inadvertently proved that to us this week in two separate incidents.

Sen. Bernie Sanders told the New York Daily News the city's subway system operates on tokens. Not quite. Subway tokens were replaced with MetroCards more than a decade ago.

Which brings us to Hillary Clinton trying to use a MetroCard … and failing … repeatedly. We should note, she did finally get through the turnstile and on board the No. 4 train.

Also –– presidential candidates don't stock their own fridge. You may remember Rudy Giuliani's slip-up when he was asked about the price of milk while on the campaign trail in 2007. He was off by about $2.

And then there's the infamous video of the moment former President George H.W. Bush discovered the scanner at a grocery store back in 1992. Magic.

Another case in point: Presidential candidates do not eat just like us.

Gerald Ford embarrassed himself eating some Tex-Mex while campaigning in San Antonio back in 1976. He ate a tamale whole. Cornhusk and all.

But living life in the spotlight can't be easy. We can expect a slip-up every now and then.

This video includes images from Getty Images and BBC.