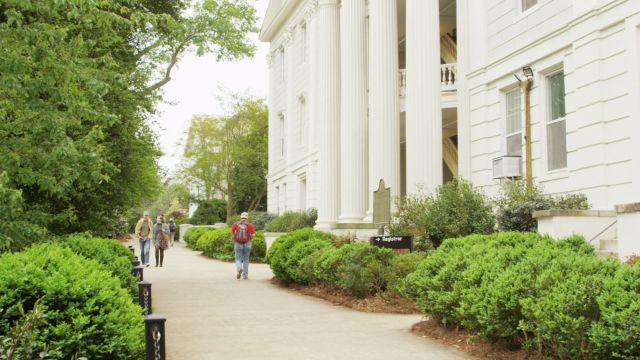 Hillary Clinton is trying to woo Bernie Sanders voters by adopting one of his big campaign plans — free college. So how much money are we talking about?

The Clinton campaign announced plans to provide free in-state tuition at public colleges for families with income up to $125,000. There are about 700 four-year public colleges and 920 public community colleges in the U.S.

The first year the plan is implemented, families making up to $85,000 a year would get free tuition. Then that family income threshold will increase by $10,000 each year until it hits $125,000.

Clinton's team estimates the plan would cost about $350 billion over the next 10 years but says it would be paid for by limiting tax expenditures for high-income taxpayers.

Clinton's proposal was inspired by, but isn't identical to, the one touted by Sanders. That plan would help more students but cost $75 billion every year.

This video includes clips from the University of Wyoming and C-SPAN. Music provided courtesy of APM Music.