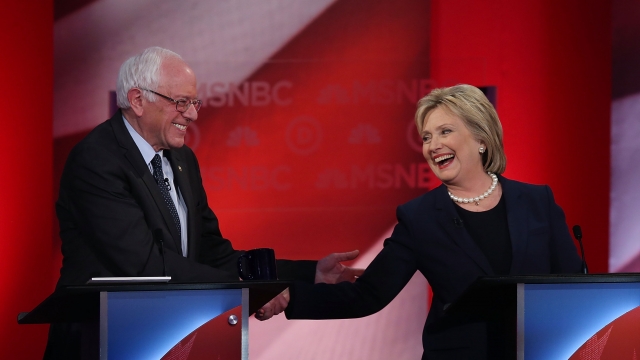 Hillary Clinton is still advocating for affordable health care, and her new thoughts on getting there are pretty similar to Bernie Sanders'.

On Saturday, Clinton's campaign rolled out the new plan advocating for public, universal health care as opposed to private.

In a statement, Clinton said: "Already, the Affordable Care Act has expanded coverage to 20 million Americans. As president, I will make sure Republicans never succeed in their attempts to strip away their care and that the remaining uninsured should be able to get the affordable coverage they need to stay healthy."

A big part of the plan is lowering the Medicare age — something she's previously hinted at being OK with.

And Sanders seems to be feeling the new plan.

But it might not be enough to get an endorsement from him just yet. Clinton and Sanders still seem to be at odds over Social Security policies and minimum wage.

The Democratic Party has agreed to amend its platform to include a $15-an-hour minimum wage — a win for Sanders but a big shift for Clinton. And Sanders suffered a blow when Clinton supporters derailed two other amendments for expanding Social Security benefits.

That's one of the main issues Sanders said he was looking for Clinton to shift on in order to give an endorsement.

This video includes clips from Chicago Sun-Times, CBS, WTNH, Occupy Portland and Hillary for America and images from Getty Images.