Clinton's Latest Endorser Is Huge, Even If You Don't Know Who He Is 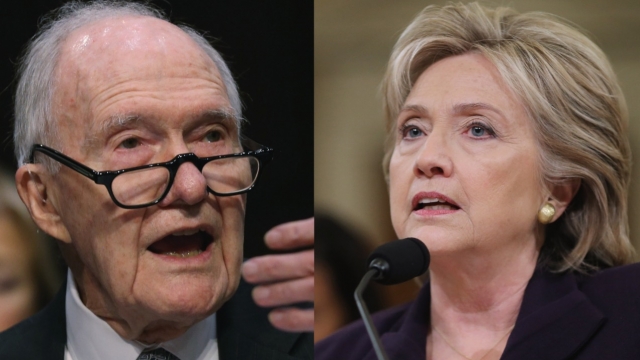 Scowcroft cites Clinton's unique experience as first lady, senator and secretary of state, adding: "Secretary Clinton shares my belief that America must remain the world's indispensable leader. She brings deep expertise in international affairs and a sophisticated understanding of the world."

He also seemed to bat away Clinton's hawkish reputation, saying: "She understands that our leadership and engagement beyond our borders makes the world, and therefore the United States, more secure and prosperous. She appreciates that it is essential to maintain our strong military advantage, but that force must only be used as a last resort."

The endorsement is further proof that not just members of the GOP establishment but national security experts are disconcerted by Donald Trump and his unpredictable foreign policy approach. Just last week, Richard Armitage also made it clear he's choosing Clinton over Trump. Armitage served as deputy secretary of state for George W. Bush and assistant secretary of defense under Ronald Reagan.

The number of Republican foreign policy experts joining team #ImWithHer might be depressing news for the GOP, but it's hard to gauge how much it actually matters in the election. None of these endorsements are likely to sway Trump's core supporters, especially since they're drawn to how unpredictable he is.

And as more members of the GOP move over to the Clinton camp, it might actually damage her credibility with members on the left who already doubt her progressive credentials.